High-speed automatic CNC laser pipe cutting machine can be around pipe, square pipe, and other high-speed and quality laser-cutting profiles.

This machine can cut round and square pipes with a thickness of 1-10mm. And can be applied to various pipes from Φ20-Φ200 and a length of 6000mm.

Get a free quote 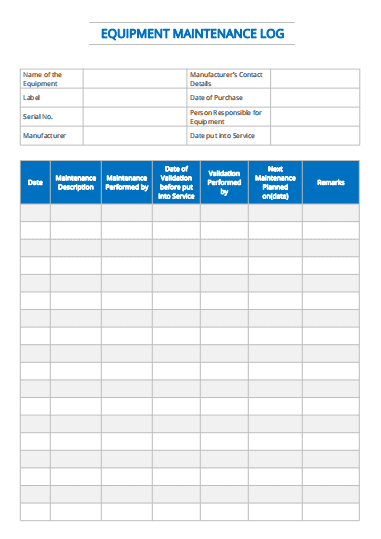 Provide technical advice and complete equipment documentation as required. Assist you in the design of laser processing solutions, taking into account technical feasibility: equipment exhibition hall for you to visit, proofing, and test machine.

The actual situation on-site helps you plan and design the production site, water, electricity, and gas equipment. Provide you with a full set of equipment operation manuals, before delivery to the equipment operators for basic laser theory, safety protection, and equipment maintenance training.

In your factory, the equipment operators will be trained in practical processing operations, equipment maintenance, and safety operations. To ensure that the equipment operating procedures and methods as soon as possible, the computer can independently use the machine for production. After installing and commissioning the whole set of equipment in the field, free warranty for one year from the date of acceptance. In the warranty period, the company will assign engineers and technicians to work on the equipment from time to time for special patrol and routine maintenance. We also provide services such as auditing and inspection and answering related questions.

The service response time is within 24 hours.

Get a free quote

In this guide, we’ll be covering everything you need to know about pipe laser cutting machines. We will go over what it is, its different parts, as well as some of the pros and the advantages that you can get when you use it.

What is a Pipe Laser Cutting Machine?

Pipe laser cutting machines are equipment that you use to cut, slice, or pierce through pipes, tubes, and other cylindrical objects of the like.

It’s a pretty self-explanatory term and you won’t find it hard to understand. Using a high-powered laser beam, it’s focused on a particular portion of a pipe or a tube. Then, it cuts and pierces through that object, partitioning it into two (2) or more pieces.

Where Do You Use Pipe Laser Cutting Machines?

You will find a bunch of industries and sectors that make use of pipe laser cutters.

Some of the most common include the creation or the modification of pipelines, railways, vessel tanks, pressure tanks and vehicles, and many more!

Some of the sectors that need it are the businesses in the likes of:

What is a Tube Cutting Machine?

Figure 3 – What a traditional tube cutting machine looks like

Tube cutting machines are similar to that of pipe cutters, the only difference is the structure of how the machine or the equipment looks like.

The primary thing you need to note about tube cutting machines is that the lasers from these machines flow out of a glass tube.

This then reacts with the gas particles present, and from there, the laser beam is created. When it comes out, it then does the job of cutting or slicing the material.

How Does a Tube Laser Cutting Machine Work?

The working principle of tube laser cutters is simple, it’s easy and a lot open to understand.

Tube laser cutters work because of a few primary parts: the laser source, the nozzle, and the tube. The laser source is the component that creates the laser. Then, it’ll be channeled to the tube down to the nozzle, which will then be concentrated so that it can work on the workpiece.

In this process, the gases that are present are the one that triggers the lasers. Without the gases, the procedure would not actually go and push through.

The combination of gas particles, energy, and the components inside (laser source) is what makes the cutting process of tube lasers possible.

How Much Does a Pipe Laser Cutting Machine Cost?

Akin to other types of machines and equipment, the rates and prices of pipe laser cutting machines would not be the same. As a matter of fact, it’ll be different and will be based off of a few things:

Knowing which manufacturer produced it plays a big role in understanding how much it costs. To give you a concrete and a good example, try comparing a pipe laser cutting machine that’s produced by a European company and one that’s made by a Chinese company.

The latter would be cheaper and more affordable, but those that are “American and European-made” would be more expensive.

FUN FACT: Did you know that most American-made pipe laser cutters are made in China? It’s assembled by them in their respective factories; but all the parts are from us.

Another thing you need to consider that would be influential to the price would be the features and the functionalities of the pipe laser cutting machine.

What things can it do that other equipment can’t? How well would it work under extreme pressure and long periods of time?

Try to take a look at the features that are included. That way, it’ll be easier and a lot simpler to determine how much the costs would be.

Some of the most common specifications of pipe laser cutting machines include:

Before you decide on the pipe laser cutting machine you’ll purchase, try to take a look at these first to avoid being scammed.

What Materials Can You Work On With a Pipe Laser Cutting Machine?

Pipe laser cutting machines are versatile products that you can use on a wide array of materials.

Going back to where you use it, it’s easy to determine and distinguish what materials you can use it for. The most common of which includes, but are not limited to plastic, metal, steel, rubber, PVC, glass, fiberglass, wood, and many more!

In case you didn’t know, there are specific types of pipe laser cutters for specific materials! So, don’t worry if you initially thought that they’re only going to be effective for steel and metal!

What Are the Parts of a Pipe Laser Cutting Machine?

A pipe laser cutting machine is one of the most complex equipment there is. Therefore, we can’t just run around expecting that it will have a few parts and components.

There are more than ten (10) different parts and components of pipe laser cutters. But, we’ll be discussing only the primary and the most important ones.

You can think of the control system as the brain or the central processing unit of the entire machine. Without it, the machine wouldn’t be able to be put to work.

It’s the part or the component that controls everything from the program to how the lasers would function and operate.

The work table or the work desk is the component that’s responsible for holding or for keeping the substrates or the workpieces included in the process.

Without a work table or a work desk, then you wouldn’t be able to load or mount a workpiece or material to the pipe laser cutter.

The cooling system is the component that is responsible in making sure that the machine is well-ventilated.

Lasers emit heat, and heat radiates. There are certain materials that aren’t well capable of handling heat. Moreover, the machine could be overcharged, which can cause the entire process to fully discontinue.

And last, but most definitely not least would be the laser cutter. The laser cutting head itself houses a too few different parts and components.

This is the part that comes next to the control system, as the most important as without it, there would never be cutting!

These are some of the most important and the most relevant parts of a pipe laser cutting machine.

You can find a ton of benefits and advantages in using pipe laser cutting machines. Some of the most common include:

One of the best and the most sought-after capabilities of pipe laser cutters is its extreme attention to detail.

You will never have an inch of doubt with the quality of your work when you use pipe laser cutting machines. Due to that fact that it uses high-powered laser beams, you can absolutely get the results you want with extreme accuracy and precision.

Another thing that you want to take note of next is its versatility and flexibility. As we all know, pipe laser cutters don’t just cater to the needs of businesses that utilize steel and metal, you can use it for plastics, wood, rubber, glass, and other materials, too!

Pipe laser cutting equipment are versatile that you can use them almost anywhere!

These are just some of the pros and benefits of using pipe laser cutting machines. You’ll surely find more when you are already the one using it!

Before you get to thinking that pipe laser cutters are all rainbows and butterflies, here are some of its cons and drawbacks:

One of the major drawbacks of using pipe laser cutting machines is the fact that it’s expensive and costly upfront.

Unlike the traditional cutters, you would have to shell out tens of thousands of dollars.

Another bad thing about it is the fact that pipe laser cutters can actually emit toxic and dangerous chemicals in the process.

Since we know that lasers need gas particles to work, its reaction with the materials involved could actually be bad and dangerous not just for the workpiece but the health of the people who are working on it, too.

Inability to Work on Thick Materials

And last, but most definitely not least would be the fact that the power of pipe laser cutting machines isn’t that much.

They’re accurate and precise, yes, but, you might not be able to use them if you are going to work on thick materials.

There’s a fine barrier on what thickness you can use it for. So, take note of that as well.

For more than a decade, SOHO Cutting has done nothing but produce high-quality pipe laser cutting machines to companies, businesses, and clients from all across the globe.

Holding the number one spot in the industry for years, we have proven our consistency and skill in the craft, leaving hundreds of corporations with the results that they are looking for.

SOHO Cutting’s lineup of tube laser cutting machines are all cutting-edge and are able to get you the results you’re looking for.

Whatever size, style, and design you want, we’ll be here ready to help you!

Unlike other manufacturers’ pipe laser cutting machines, our products are advanced and would be capable of being used in whatever business industry you may need it for.

You can engage to work in the oil and refinery industry, the mining industry, the construction and structural industry, as well as the marine, aerospace, and even the railroad industry.

Talk to us and get a free estimate or a free quote of all your orders!

Get A Quote Now!